Fabrizio del Buono was born in Montepulciano, in the province of Siena, on the 20th of March 1970. His first job experience was in 1995, in the fashion industry. From 1985 until 1990 he worked in different Italian hairdressing salons, in order to improve his techniques. With the collaboration of another stylist he opened three hairdressing salons in Siena.
Our staff 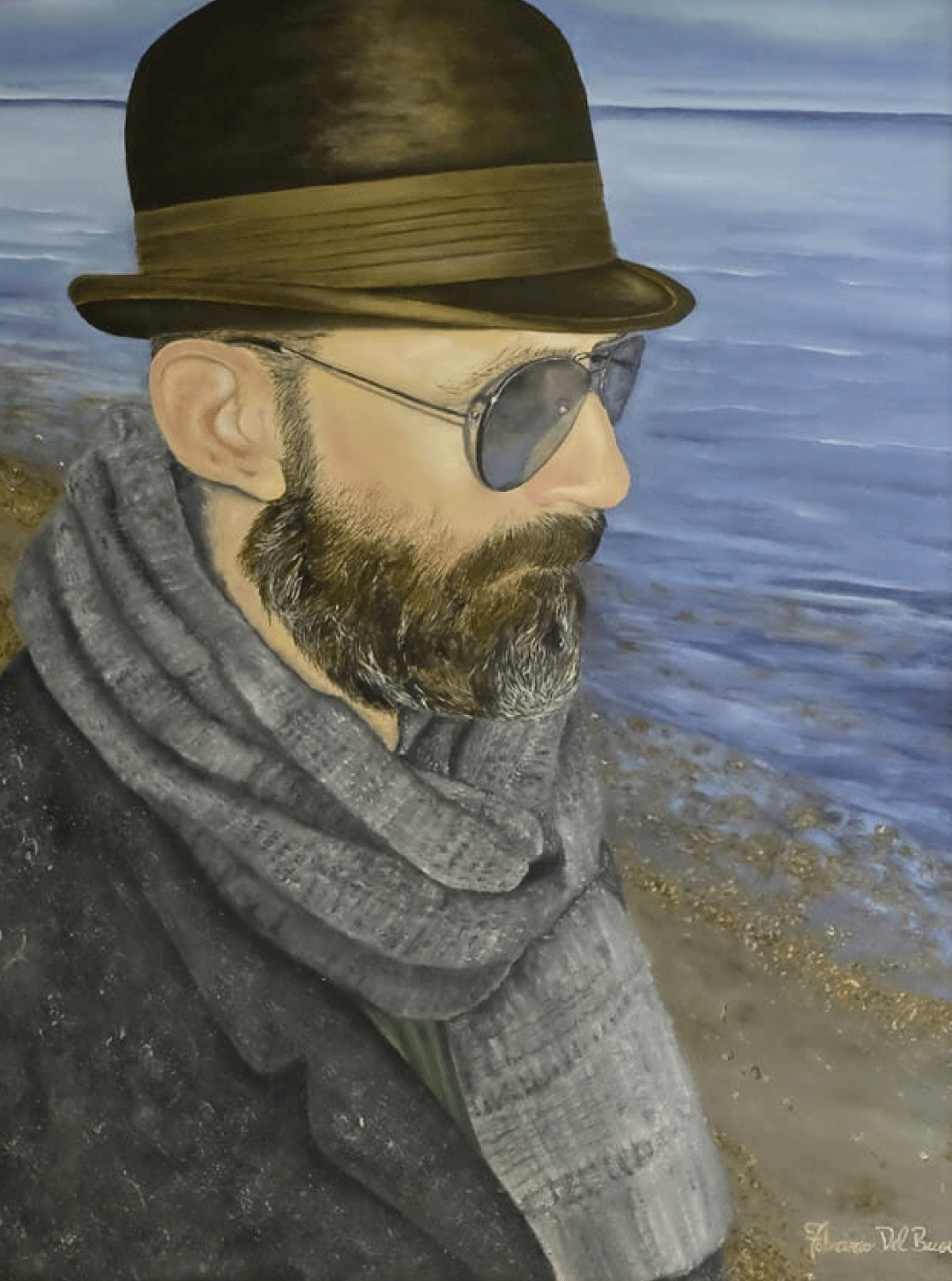 Fabrizio del Buono was born in Montepulciano, in the province of Siena, on the 20th of March 1970. His first job experience was in 1995, in the fashion industry. From 1985 until 1990 he worked in different Italian hairdressing salons, in order to improve his techniques. With the collaboration of another stylist he opened three hairdressing salons in Siena. 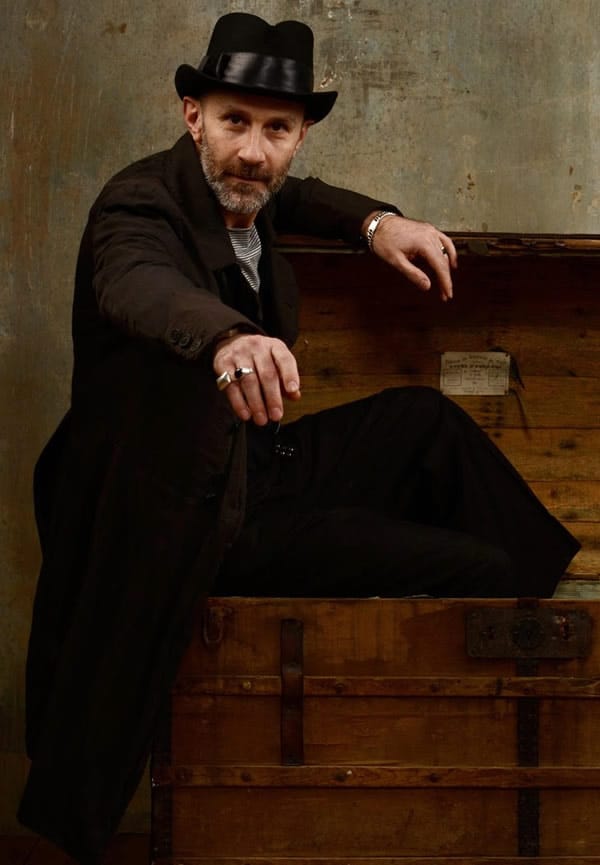 In the same year he became partner of both the Goldwell company and of the brand Trend, by Goldwell where he had worked for 7 years. Between 1997 and 1998 he participated to the World Hairdressing Congress in London and two years later in the Alpe Adria Hair Show in Slovenia.
There he was also teaching hairdressing courses in different cities. At the end of 1999 he left the salon located in Siena to return working back in his Privé Salon in Arezzo which he also managed, and where he is still working on his collections in order to propose workshop and photographic services. These have been shown in cities su h as Paris, Lisbon, Miami, Los Angeles, Las Vegas , Berlin, Krakow and Italy.
In the year 2000 he received a nomination for the best fashion dossier AIPP ( Grand Trophie de la Press, Iternational Trophy of the Professional Print) with the Paradise and Hell collection. In 2001 he ranked third for the best fashion dossier AIPP with the SIOUX collection.
In the same year he also realized the FREEZE PUDDING world famous finishing product for the Goldwell brand in Hamburg.
In 2004 he participated at the NEXTLOOK fair with the Modern Africa Collection. In 2005 he ranked second as the best fashion dossier AIPP with the CIRCUS collection. In 2006 he created the PLEXI collection and in the same year the MY DREAM collection was born. In 2007 in Milan he displayed at the Goldwell studio the ” ARTISTICAMENTE” collection by Fabrizio del Buono, which showed his artistic fashion hair production through pictures, photos and videos. In 2008 he created in the 18th century Sarteano Theatre the ARTISTICAMENTE collection. In 2009 with the VIRTUAL COLLECTION he was a prize winner in Las Vegas with the VIRTUAL COLLECTION, winning the National Color Challenge 2009 Goldwell prize in the creative color category.
That year the author Alessio Lo Baldo chose for his first book “je ne regrette rien” one of Fabrizio’s pictures (Trilogia del Terrore). This book won Città di Castello’s National Competition, 2009. In 2010 with Airis Fantechi and Mauro Sini he realized a book called”ARTISTICAMENTE” which was published by Edizioni Argonautiche. The book spans all of Fabrizio’s artistic career in pictures and photos. In the same year he presents the SO CHIC collection, with which he received a nomination as a finalist to the Visionary Award Italy 2011 in Milan.
In 2011 in Miami for the second time he won the national prize “Color Zoom Challenge 2011 Goldwell” in the creative Color Category with his Play Vision collection. In 2013 in Los Angeles he won the Color Zoom Challenge Goldwell national prize in the Partner Color Category with the ARC SHINNING collection. The next year in Berlin he won the Color Zoom Challenge National Goldwell prize 2014 with the Dark ILLUSION collection. Years later with his artistic production he was published on National and International covers. In the following years artistic projects followed one after another like MISCELLANEA and INCROYABLES in 2014, PRIVE’ and EXTRAVAGANCE in 2015, PROGECT and 2016, ORGANIC and into THE WOOD in 2017, HARAJUKU and ATMOSPHERE in 2018.
From 1992 until today Fabrizio is constantly called for workshops and shows to train new hairdressers and stylist of different levels. His best quality is creativity and he likes to be called a creator: he constantly moves between fashion, searching for new artistic shapes, materials, and new ideas to improve and experiment new techniques and projects.
Collections 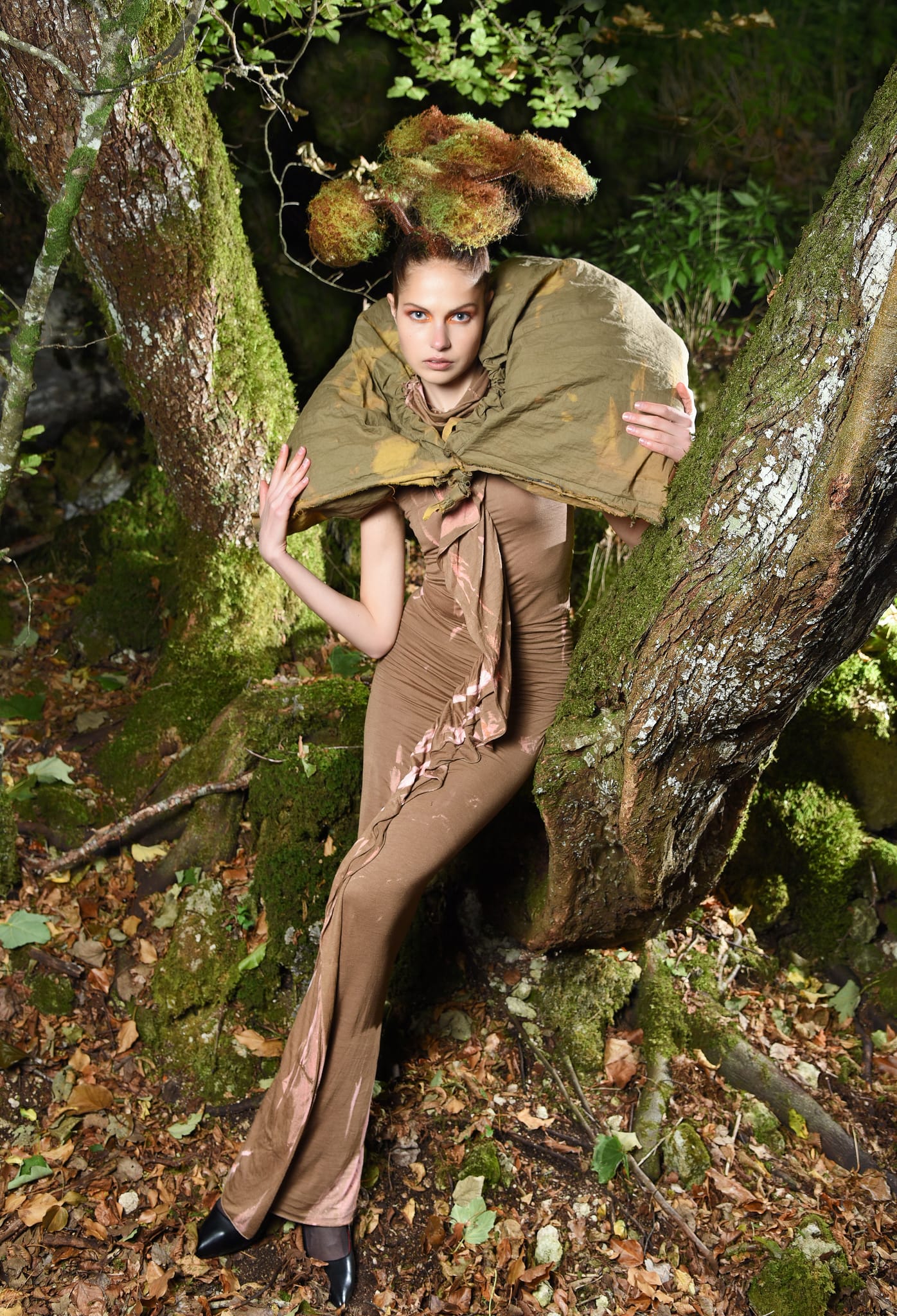 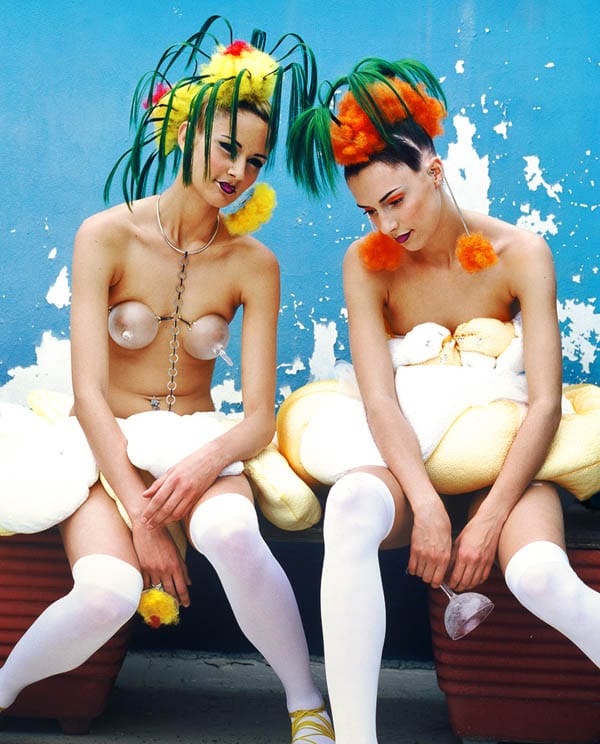 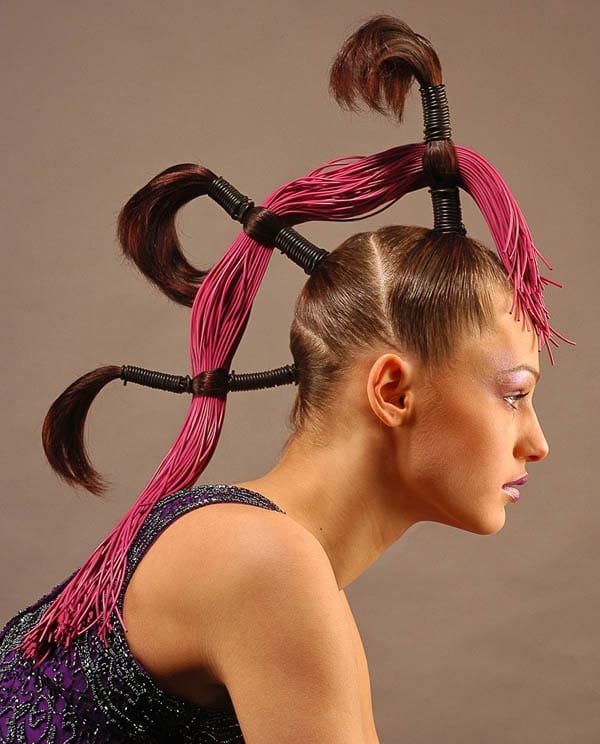